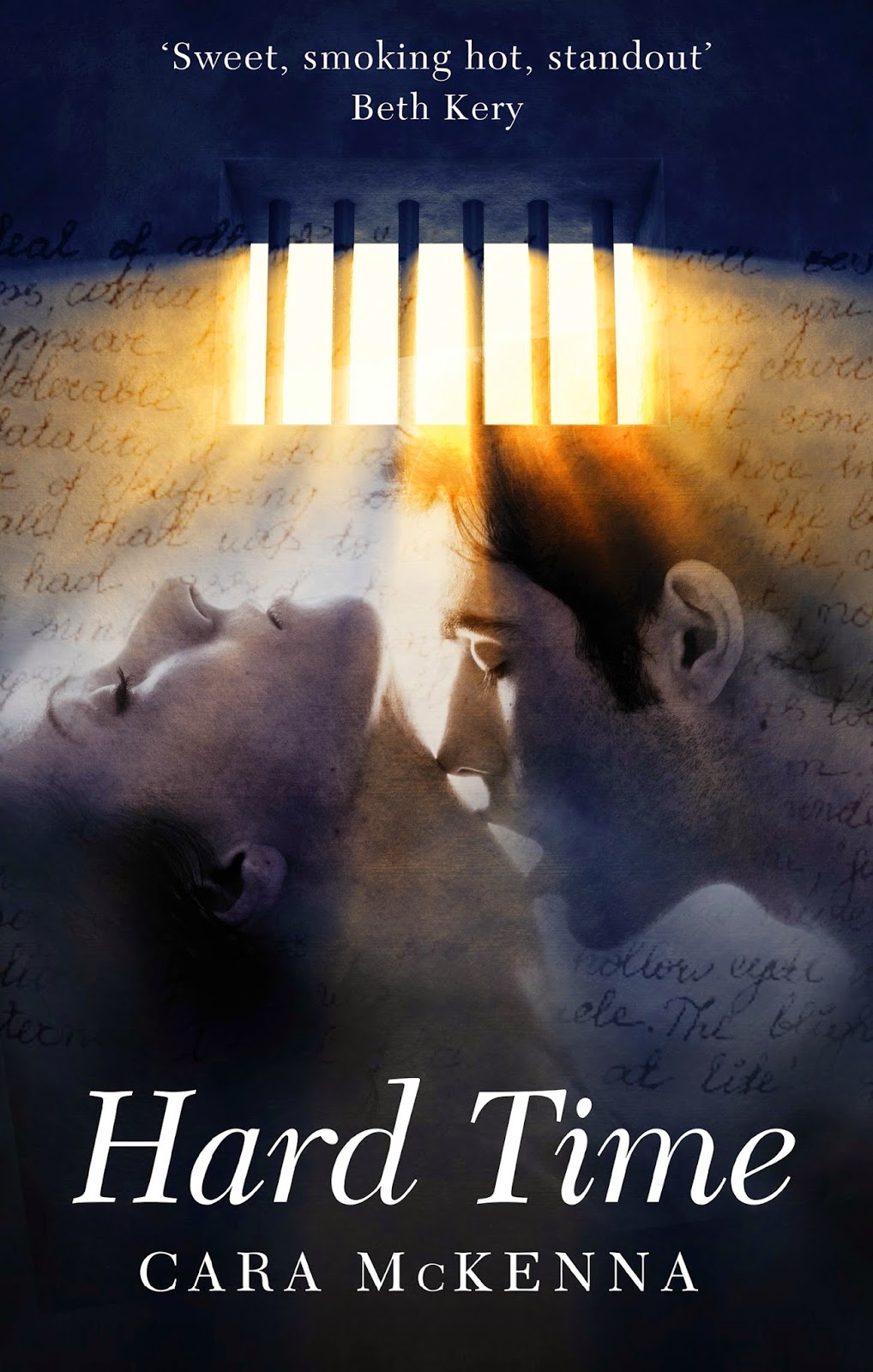 My pounding heart went still, eerie as birds fallen silent in the wake of a gunshot.

He was big. Tall frame, wide shoulders-but not burly. His near-black hair was due for a cut, curling under his ears. Dark brows, dark stubble, dark lashes and eyes.

And he was handsome. So handsome it broke your heart.

A deck of cards was split between his hands, paused midshuffle. Some of the men wore navy scrub tops and bottoms, some navy tee shirts, a few white undershirts. This man wore a tee, with COUSINS stenciled on the front, above the number 802267. Those digits imprinted on my brain, burned black as a brand.
He watched me. But not the way the others did. If he was trying to picture me naked, his poker face was strong, though his attention anything but subtle. His entire head moved as I passed through his domain, but his eyes were languorous. Lazy and half-lidded, yet intense. A hundred looks in one. I didn't like it. Couldn't read it. At least with the horny jerk-offs, I knew where I stood.
I wondered what the worst thing you could do and still only get sent to a medium-security prison was. I hoped not to ever learn the answer.
And I hoped to heaven inmate 802267 hadn't signed up for any of the day's programs.

Today I am part of the blog tour for Hard Time by Cara McKenna. I have never read of Cara's books before and I am always up for reading new authors books. The cover looked quite intriguing to me when I first saw it, I didn't know what to expect. I'll be honest I didn't read the blurb, I just got stuck in with the book.

We meet Annie Goodhouse is a sweet southern girl who has given up on men and love. After having a bad past with an ex boyfriend its put her off and she's moved from her home town in South Carolina to Darren Michigan. She wants to use her life by helping others, as a librarian she does this in many ways. She is starting a new and daunting job at Cousin's Correctional Facility, she will be helping the inmates with new skills, read to them etc. She never expected for someone to turn her head that much on her first day. Inmate Eric 802267 makes her feel something. . . .

This book is super hot!! I loved pretty much all of it! Annie and Eric get to know each other through writing letters to each other. Some of them letters were very steamy! Annie has feelings for Eric but she knows she shouldn't but she just cannot resist when he makes her feel again..


Hard Time was a pleasurable read, fast pacing & steamy! You can easily feel the chemistry between Annie and Eric so much! You kinda want them to get together because Eric isn't a bad guy he just made poor choices to end up where he is until he is let out. . .
I would easily recommend anybody to read! I'll definitely be searching for more books by Cara McKenna.