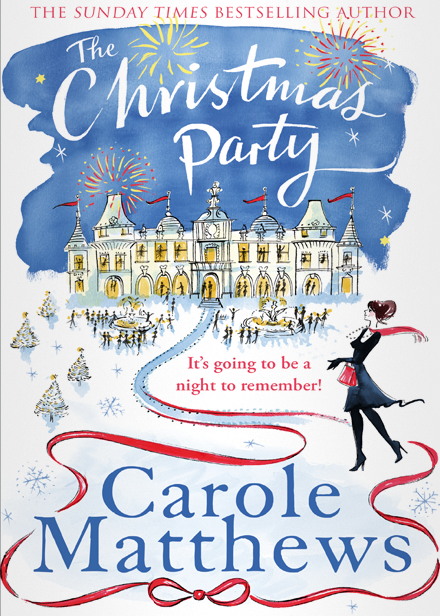 Yes..it's coming to that time of year and the festive books are coming out and Guess who is back? Yep you guessed the ever so fabulous Carole Matthews is back with another Christmassy book called The Christmas Party!

Louise Young is a devoted single mother whose only priority is providing for her daughter, Mia. Louise has a good job in a huge international corporation and she's grateful for it. The only problem is her boss who can't keep his hands to himself, but Louise can handle him. What she really doesn't have time for is romance - until she meets the company's rising star, Josh Wallace.

Louise usually says no to evenings out but she's decided to let her hair down tonight. It's the office Christmas party, she has a pretty dress to wear and she's looking forward to some champagne and fun. She's completely unaware that others around her are too busy playing dangerous games to enjoy the party - until she's pulled into those games herself . . .

Romance is in the air and secrets are about to be uncovered. It's going to be a night to remember at The Christmas Party.

The Christmas Party is out in paperback on 23rd October
Get Pre-ordering now!