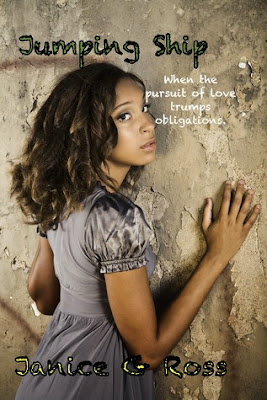 
Blurb
The year was nineteen seventy-five. Pregnant seamstress, Petrina Dugal, became a runaway at the age of twenty-six. She ran away from a brutish husband, Roger, and a well-loved South American home in Georgetown, Guyana; at the heart of her rebellion – an enigmatic lover named Michael Chen. Pet and Mikey, as they became affectionately known, allowed love to blossom in front of her police officer husband and an intrusive community. Were they not aware of the dangers? Or did the pursuit of love trump obligations?

Pet and Mikey’s journey to their new life took them through a multitude of the Caribbean’s treasure trove of islands – Antigua, Martinique, Barbados, Grenada, Trinidad & Tobago, and Saint Lucia. More than a month later their voyage landed them at JFK airport, in New York USA. And they disappeared, as though their existence was a myth. During this time, barren couple, Pearl and Edward Riley stumbled upon a newborn baby girl. Her cries could only be heard by a true mother, which Pearl immediately became. Bundled up with their new child, they discovered a parcel of artifacts and a scribbled note that read: Sakkara.

Sakkara Riley grew up with two loving parents – adoptive parents to be exact. She never knew the circumstances surrounding her discovery, until the age of sixteen. The personal artifacts that were handed over had haunted her from that point on. After eight more years, including much research and probing, she was given the opportunity to begin her journey of self-discovery.

I Thank Janice Ross and Sharon Goodwin for letting me part of this book tour. Jumping Ship is only a Novella but is a start of a new book series called Island Hopping.

The best way to describe Jumping Ship is that is a mystery and suspense but thrown in with a bit of romance. We have two couples Pearl and Edward Riley who find baby Sakkara...the abandoned baby. The other couple Petrina Dugal and Michael Chen. Petrina was pregnant, ran away from her abusive husband Roger and being a runaway couldn't cope with a baby so dumped poor Sakkara.

As Sakkara Riley has a perfect loving family with her adoptive parents as soon as she turns sixteen, she wants to find her real parents..will she find them?

Jumping ship was an okay read, I felt like It wasn't my cup of tea and I'm not sure whether I would enjoy the rest of series, But I may give them a go and see what happens. It would be nice to see Sakkara have a happy ending for sure.
Posted by missbookworm22 at 15:42