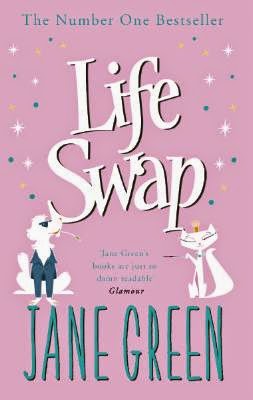 This book is about 2 women one called Vicky Townsley who lives in London and is a features editor for a magazine in London called Poise. The other woman called Amber Winslow who is from connecticut USA and has got a hubby and two children called Jared and Gracie.
The story is about these two women who are not happy in their lives doing the same thing all the time and having to compete with other women. So as a journalist for a popular magazine Vicky gets offered something that might be life changing for her she gets offered a life swap with another woman and live their lives wearing the other womans clothes sleeping in the marrital bed and being mum to a womans kids who after many of interviews Vicky picks Amber.
when doing the swap both Vicky and Amber don't realise after a few weeks of the swap they both get severe homesick. Although they both like the different lives its just not for them at all.

The characters in this book were interesting especially Richard (Ambers rich husband) and Daniel (Vickys latest squeeze or bed buddy if you want to call it that!) I absoluted hated Amber's American friends they really got on my nerves with all this competing stuff I know I couldnt handle it so im very suprised that Amber stuck it out for so long!
The story line was good however it took 100+ pages to get into and I havent been having that trouble with other Jane Green books. However this didnt put me off with continuing to read the story and im glad I did. I loved the ending and would like to read more about Amber and Vicky as they were both really good characters and would love to have known how Amber and Richard's business got off too.

I have given it **** because of it taking a while to get into however despite all that which is really not a bad thing It was a good story!