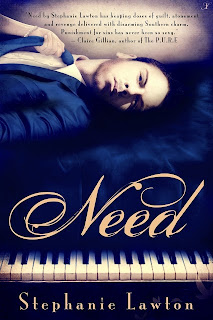 Isaac Laroche is cursed. All he wants to do is hide out and feel sorry for himself. Never mind that he got caught sleeping with his seventeen-year-old piano student, or that he abandoned her when the truth was exposed. Isaac’s feisty high school sweetheart has different plans. Heather Swann has returned to their hometown of Mobile, Alabama, to regroup after breaking up with her troll of a fiancé. She’s restless and looking for a diversion, but she bites off more than she can chew when she sets her sights on rehabilitating Isaac with her unorthodox sexual, mental, and physical plans. The two quickly reconnect, but their happiness is threatened by family secrets, old vendettas and the death of a beloved father-figure. Can Heather handle Isaac’s baggage, or will her own come back to haunt them both?

We start with Issac meeting Heather his past school sweetheart who's mum stopped them from seeing each other and taking Isaac to court for rape but he was seventeen and Heather had been fifteen.
Isaac was a famous piano teacher in which you read from Julianne's story that he teaches her how to play but they end up forming some sort of love between them but he ends up running away and breaks her heart in which she runs to his best friend Dave.

So follow on in Isaac's story he is currently friends with Heather but does want Julianne to forgive him so he rings her but she isn't so forthcoming. It is a good read with plenty of things going on. At some points I felt it did drag on as in his story but it was good to see that Isaac got his happy ending after all.

I would read more of Stephanie Lawton's books in the future and I would recommend to everyone. For fans of stories of lost love and hurt then this book will be for you. I do recommend that you read Want first though to fully understand.
Posted by missbookworm22 at 20:46