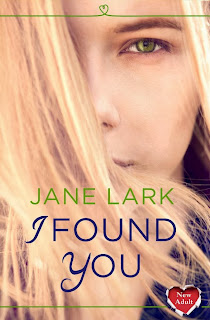 Fiction Addiction Book Tours Guest Post : I Found You by Jane Lark
Published: 5th December 2013
Would you go home with a stranger?
That’s what Rachel does in chapter one of I Found You… But would you?
Mmm… I think to go back with a man who is a complete stranger I would have to be in the place Rachel is, homeless on the streets, not thinking straight and penniless…
I did meet a girl in a bar when I was nineteen who was in that position and probably would have. She’d been made homeless that day, she’d been kicked out of her boyfriend’s family’s house and she had nowhere to sleep that night. I’d never met her before. I even ended up getting her a job where I worked… I won’t tell you the story that followed that, it’s hers not mine. But she never laid down any roots anywhere and no one ever got to really know her, and she was the only habitual liar I have ever met. I mean she lied about everything and so many meaningless things. I learned a lot of new stuff about life from her. It was an interesting friendship. Rachel isn’t this girl, nothing like her. But this girl did take risks. She would have gone back with a man who was a complete stranger just to have somewhere to stay. So people do; people in Rachel’s situation anyway.
I can get inside Rachel’s mind a little though. I did have some colourful years in my youth when I spent nights on floors in people’s houses after we’d got talking in the pub, and instead of walking home I just used to stay there in a chair or a sofa. I spent nearly two years living like that, floor or sofa camping most weekends, and not with any regular group of friends. But what made me decide to trust a person enough to take the risk of going back to their house - balance of risk;
* Women I always considered safer, obviously – so if it was a woman who asked me back, or other women had been invited too, my judgement reduced the risk.
* But men… I’ve always considered myself a fair judge of character, I guess I judged by the look in their eyes, and their smile, and their body language, if they were coming on to me, or looking leery, no way – if they were talking like mates, yes.
I could never think wholly like Rachel as Rachel’s personality is only matched by a very small percentage of people, but I guess that is what I think she is subconsciously judging. Even though on the night she and Jason meet, she’s not thinking clearly, and she’s a huge mess. I guess when I wrote this scene, to me, Jason instantly comes across as the guy you are going to trust…


Blurb
Tomorrow is for regrets. Tonight is for being together.
On a cold winter night, Rachel and Jason’s lives collide on Manhattan Bridge. She’s running from life, he’s running toward it. But compassion urges him to help her.
His offer of a place to stay leads to friendship and trouble. There’s his fiancée back home in Oregon and a family who just don’t trust this girl from the wrong side of the tracks.
But when the connection between them is so electric, so right… everyone else must be wrong. And as the snow begins to settle on the Hudson, there’s nothing but the possibility of what could be – of this, right here, right now. Them. 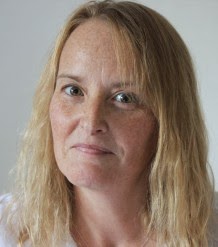 Jane is a writer of authentic, passionate and emotional Historical and New Adult Romances.


She began her first novel at sixteen, but a life full of difficulty derailed her as she lives with the restrictions of Ankylosing Spondylitis.


When she finally completed a novel it was because she was determined to be able to say I’m a writer.


Now Jane is thrilled to be giving her characters life in others’ imaginations at last. Jane is also a Chartered Member of the Institute of Personnel and Development, and uses her knowledge of psychology to bring her characters to life.


‘Basically I’m a sucker for a love story. I love the feeling of falling in love and it’s wonderful to be able to do it time and time again in fiction, plus my understanding of people helps me write the really intense relationships I enjoy creating.’

Now for your chance to win some fab goodies!
just check out below.
Good Luck
xox

a Rafflecopter giveaway
Posted by missbookworm22 at 22:01