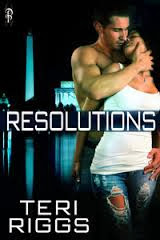 
Blurb
DEA agent Eve Taylor has had her fill of alpha males. When Resolutions’ operative and former lover, Dillon “Mac” McKenna, threatened her hard-earned independence, she ran. On a mission to gather evidence against a Colombian drug-lord, Eve discovers the drug-lord is helping terrorists plan an attack on American soil. Before she can escape with the vital information, she’s captured and comes face to face with her mortality…

As a teen, Mac watched his family fall apart after his mother died doing dangerous U.N. work. The possibility of losing Eve to a mission ignited an overwhelming need to protect her. When he forced her to choose him or her job, she walked away. Two years later, it seems all his nightmares have come true and he’s tasked with rescuing her from a Colombian prison. Mac has never stopped loving Eve, but does he dare risk his heart when he’s so terrified of losing…

On the run, Mac and Eve must learn to trust each other again in order to stay alive.


*I was given an ARC copy of Resolutions in return for an honest Review.*


O M G! why haven't I heard of Teri Riggs before?? Seriously? Resolutions is fantastic! It is only an e-book of 213 pages but it is a fast pacing read that will leaving you wanting more of Eve Taylor and Mac Mckenna for sure.


Resolutions is an action packed read in which DEA Agent Eve Taylor is on a mission to gather evidence on a drug lord, she discovers the drug lord is helping terrorists plan an attack on American soil. But the mission goes wrong and Eve ends up being captured by the drug lord which turns out very nasty for sure.
That's when Resolutions operative Mac Mckenna gets put on the mission to rescue his former lover Eve Taylor...


It was a fantastic read, such brilliantly written and keeps you guessing all the way through! I am soo shocked I have never read this before tbh, I could happily read it again for sure! I will definitely recommended this book to everyone!
I loved the love/hate relationship between Eve and Mac but I think we all know they were going to make up and get back together hehe...although Teri soon makes you keep guessing.

In every action book you always have to have a hero and Mac Mckenna was certainly that! I kept trying to picture someone to fit his type, It would have to be this hotty for sure
Gerard Butler....Yummmy! hehe 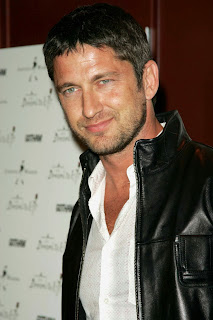 Fast Pacing and A romantic Hero too.. what more could you want from this book?

I Truly had to rate Teri Riggs an amazing 5 Star rating as I think Resolutions deserves it very much!
A huge thank you to Sharon Goodwin from Fiction Addiction Book Tours and Teri Riggs for letting me part of this wonderful blog tour.

Now there is chance to win some prizes :)
Just follow below..
Good Luck
xox
a Rafflecopter giveaway
Posted by missbookworm22 at 11:23