Here is the most beautiful cover for Paige Toon's new book Thirteen Weddings out on 22nd May!!
I Screamed and jumped for joy when I saw Paige had tweeted the cover for Thirteen weddings!...Toonies fans are going to love this sooo much! 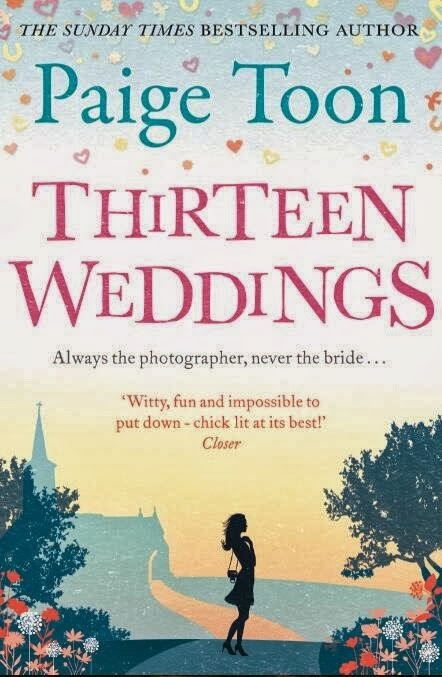 Blurb
Last year, Bronte left Sydney for a wedding in England, where she met newly single Alex. After a night of passion they parted ways, and Bronte returned to Australia.
Now working on a picture desk for a magazine in London, Bronte is about to meet her new colleague, who turns out to be all too familiar. Although awkward at first, as Alex is now engaged to the girl he was on a break from when they met, they soon become friends.
In her free time, Bronte is a wedding photographer, so Alex enlists her to do his wedding. Unable to refuse, Bronte is stuck with the job. But as the two get closer, and the wedding day looms, it is clear that Alex and Bronte have unfinished business;
Will Alex leave his bride at the altar, or will Bronte be forced to photograph the wedding of the man she herself should be marrying?

I am going to be so in love with this book by the time I get my hands on a copy hehe :)
You Can preorder now!!!!
Paperback
Kindle

Will Keep you all posted when more signings have been announced!
Posted by missbookworm22 at 14:02